Alexander McQueen partnered with award-winning director and visual artist Sophie Muller to create a new fashion film starring the new Sprint Runner Sneaker. The film is a study of female empowerment in which attire and movement are used as a form of expression. Sarah Burton commissioned this montage, the second of three films dedicated to accessories produced by the brand. 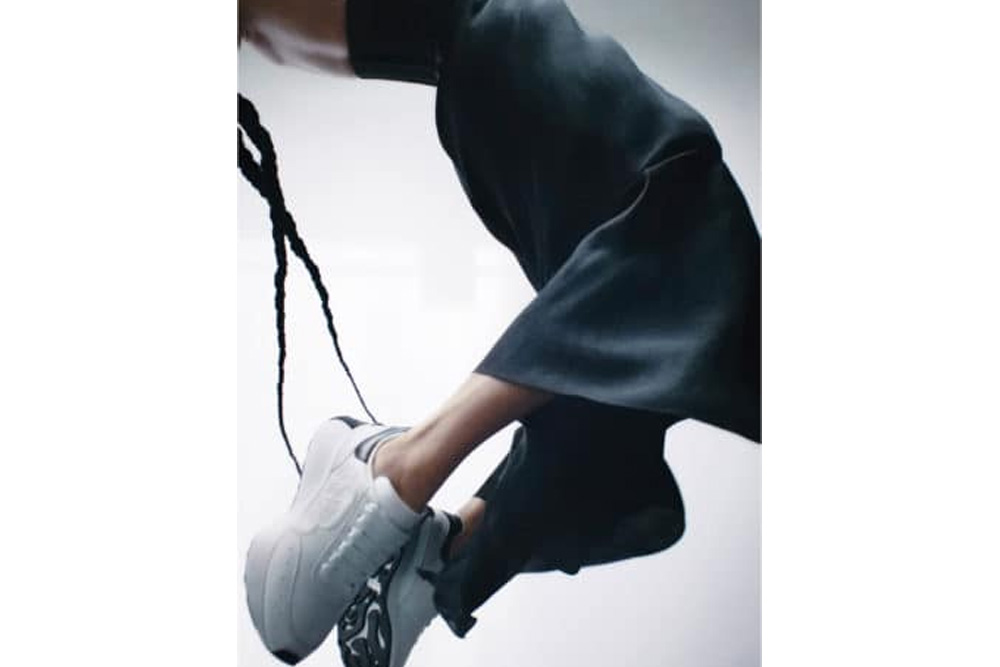 The advertising clip for the sneakers features the renowned multi-talented dancer, songwriter, and singer MetteNarrative in a corset dress, with asymmetric drape skirts in both black and tea rose satin, and a pair of Alexander McQueen Sprint Runners.

A contemporary take on a classic running sneaker, the Sprint Runner was first seen at the Alexander McQueen Spring/Summer 2022 runway in London. The new iteration features lace-ups, a metal-free white upper part, and the signature exaggerated sole in rubber . It’s available in all white or in white with a contrast black leather counter heel, and each version is finished with the iconic three-dimensional seal. It also comes in a range of seasonal colorways that reflect the menswear and womenswear ready-to-wear collections.

In recent years we have seen high fashion brands such as Gucci and Louis Vuitton up their game by designing sneakers that appeal to the younger generation. This desire to fuse luxury with normcore aesthetics raises the question as to whether they can produce comfortable everyday footwear. McQueen’s clip proves to us through MetteNarrative’s moves that is it possible. Her moves are a raw combination of grace and athletic dexterity, a dancer in sneakers, and much more as seen in the clip. Moving past an era of lockdowns and isolation, we all feel the need to dress up again all whilst remaining comfortable. The MetteNarrative choreography feels like the successor to that desire to move both comfortably and stylishly in the world. Mette has helped inspire the ultimate illustration of empowerment through motion and attire. Muse by Clio described Matte’s moves as having “a fluidity to her that illustrates what makes these shoes uniquely McQueen. In some instances, her footwork feels more sui ted to a pair of en pointe lace-ups, but the sneakers accommodate her like they’re weightless, less bulky than they look. Yet they also seem capable of supporting her as she impacts the earth.” She lifts weights and does fantastic somersaults , facilitated by her sturdy shoes and an empowering outfit that lets her shift unhampered. 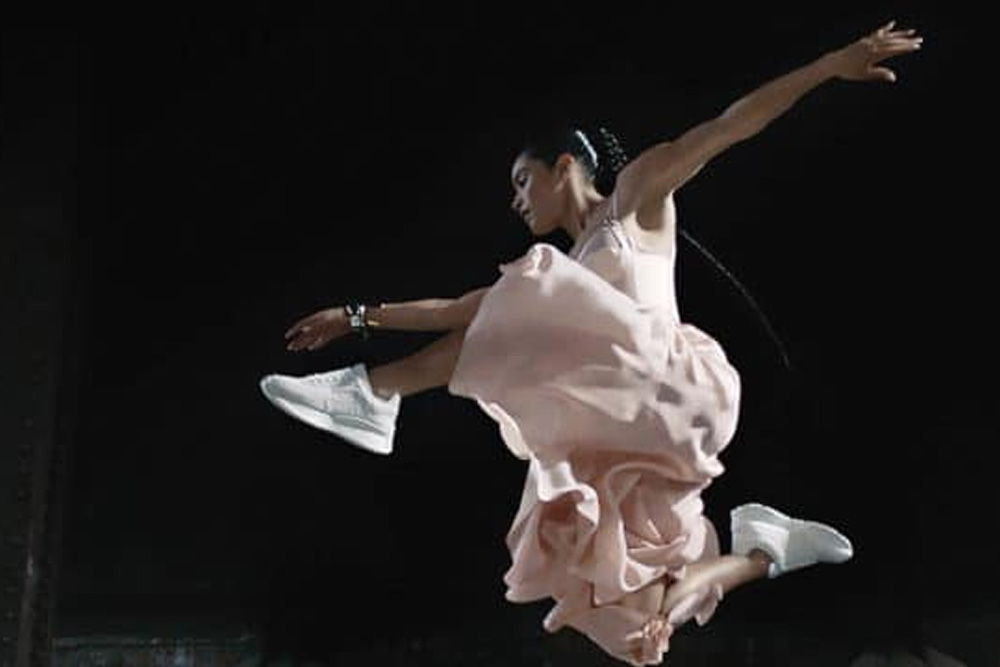 This collaboration is spot on, elevating not only the dancer, but the sneakers as well. Together, they describe what McQueen brings to urban luxury.