A “secret” industry people love to confess to one another is that, before fashion week, they put together an album of mirror selfies of what they plan to wear each day. I do this every season, for every city I go to, and honestly, I don’t keep the practice very well concealed. (I think obsessive styling calisthenics are much more interesting than whatever the lie of “effortless dressing” is.)

The process is pragmatic in theory; the pressure to look a certain way is on. Trend-garnished guests can capture as much attention as the runway, so let’s consider the implication of what ends up in such a fretted-over ensemble. Does the need for novelty chip away at an otherwise carefully considered and slowly built wardrobe? Is this how a Shein haul is born?

Rather than abandon the childlike joy I get from putting on my silly little outfits and taking my silly little ‘fit pics, I figured this season of New York Fashion Week is as good a time as any to codify the mindfulness I hope to ingrain in my mapped-out wardrobe—and far beyond. 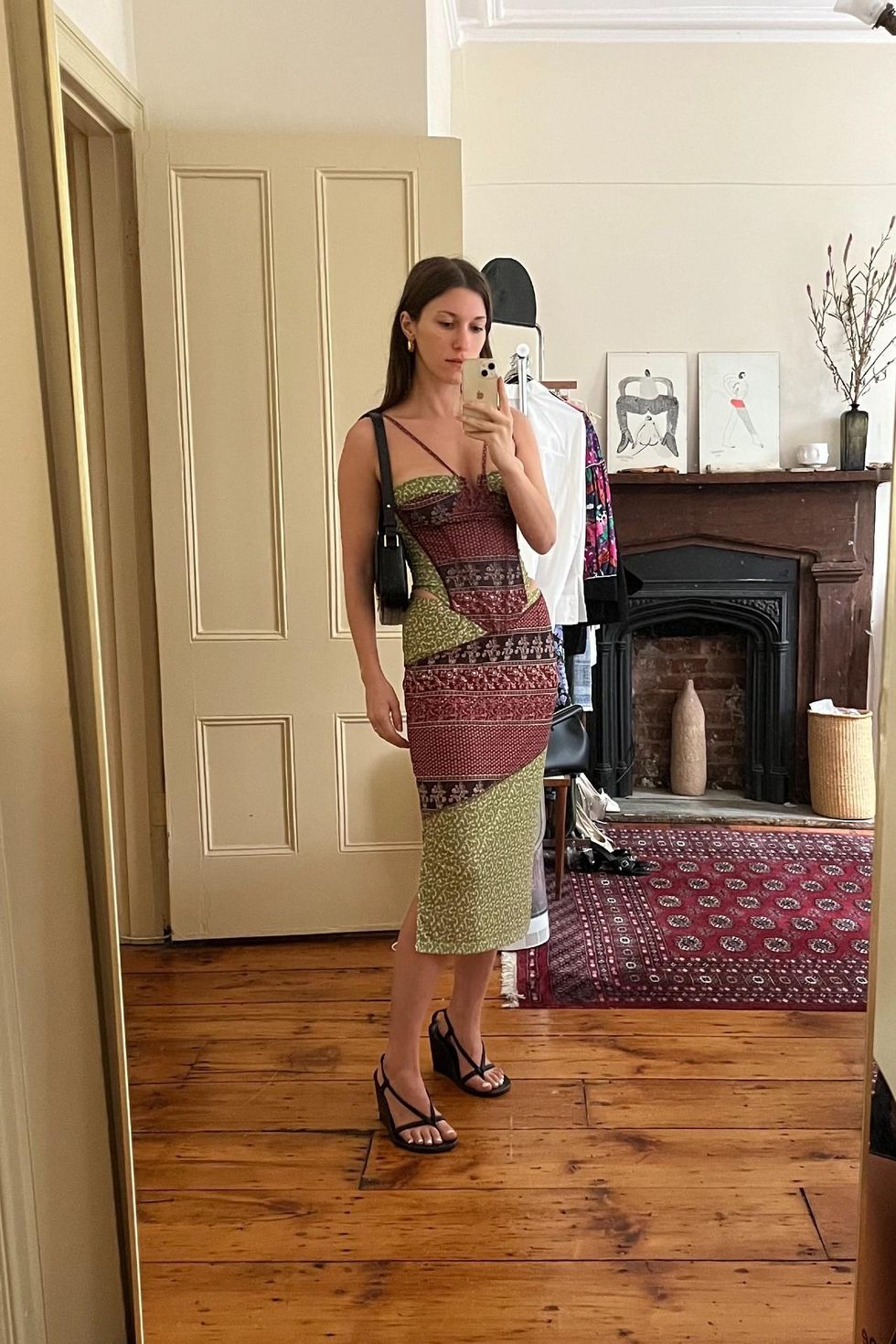 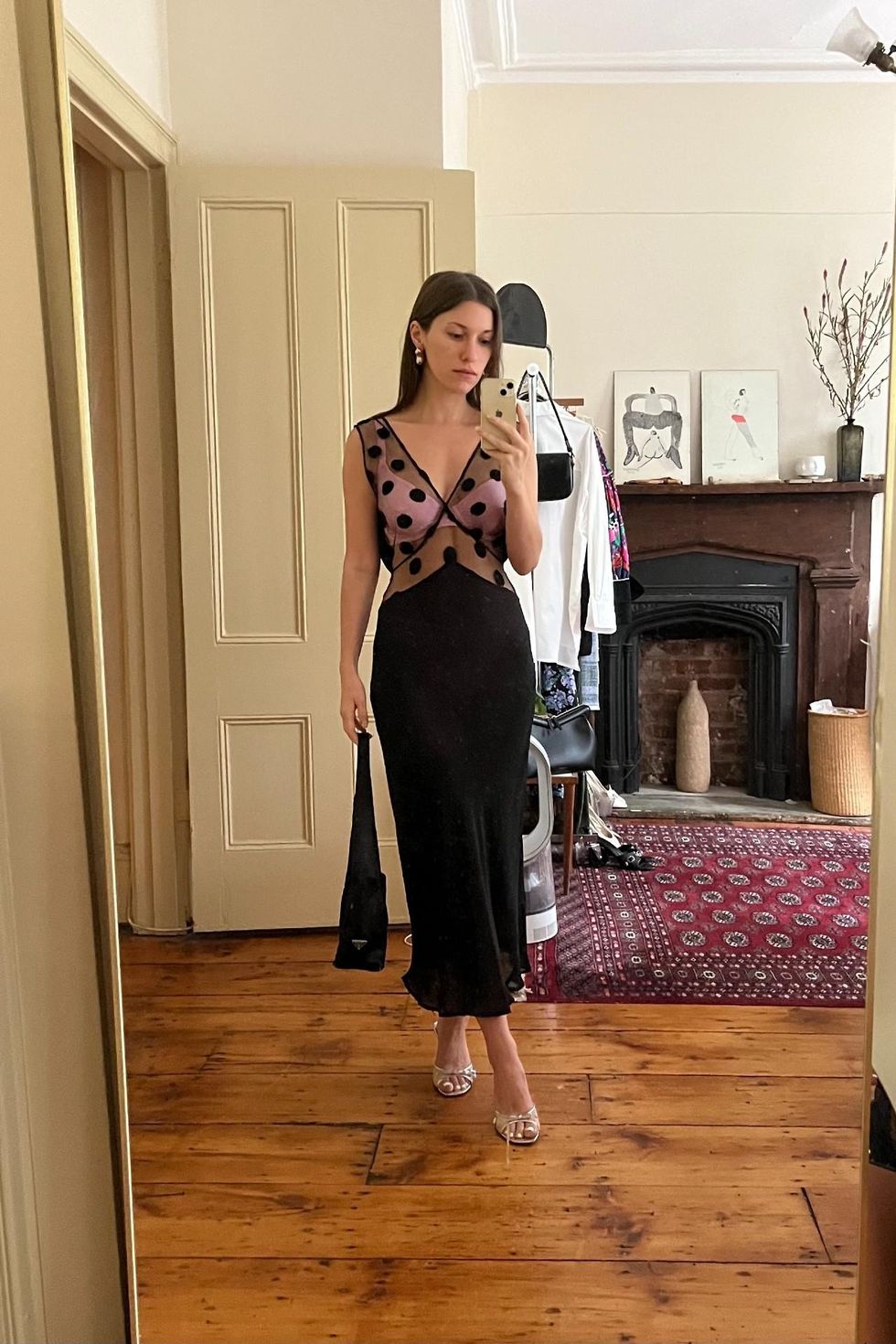 An obvious place to start given the industry’s sins, is with the question of sustainability. Plenty of brands either vaguely claim or simply lie about “sustainable” environmental practices. Many fewer dedicate themselves to the demanding work of regenerative sourcing or intersectional labor responsibilities, for starters.

With an eye towards those operating beyond lip service, I incorporated pieces from a few key brands. Mirror Palais, a largely made-to-order brand hosting its first ever runway show at NYFW this season, is constantly challenging itself to lessen its impact. Fabrics are almost exclusively deadstock, all garments are made locally in New York City, and the brand is consistently true to a host of further values ​​from size-inclusivity to anti-racism. New York party-girl-uniform purveyor Miaou is also deeply committed to sustainability. With great transparency, the label has mapped out its local and ethical production flow that takes into account renewable materials, dyes, packaging, and social initiatives.

Silk Laundry, an Australian label whose sensuously minimal dresses shown at its recent Soho pop-up brought it front of mind for NYFW, is another such name. Its goals are specific and relative to its homeland of Australia in the areas of sustainability, reforestation, and protection of endangered animals and flowers, and it’s on a set path to B Corp certification. Rentrayage, whose one-of-one pieces are painstakingly crafted of sourced garments and deadstock materials, also made its way into my wardrobe this week, as did Budapest-based Aeron and Dutch slow-fashion label CAES.

When going through the familiar strokes of online shopping, it’s sort of mind-boggling that swapping URLs can be the difference between thousands of dollars in donations to worthwhile causes…or none. Ahead of fashion week, I connected with Olivela, a retailer that diverts 20 percent of every sale to reputable NGOs fighting uphill battles against poverty, disease, and women’s injustices, while upholding environmental protections and preserving art.

Naturally, the success of the site hinges on its ability to move product, and its merchandising mix of luxury and emerging brands seems to be accomplishing that; I was able to pull looks from Ganni, Rodebjer, Mansur Gavriel, Dorothy Schumacher, Ususi Sister, and more designers actually worth wearing to a label-fluent function like fashion week. 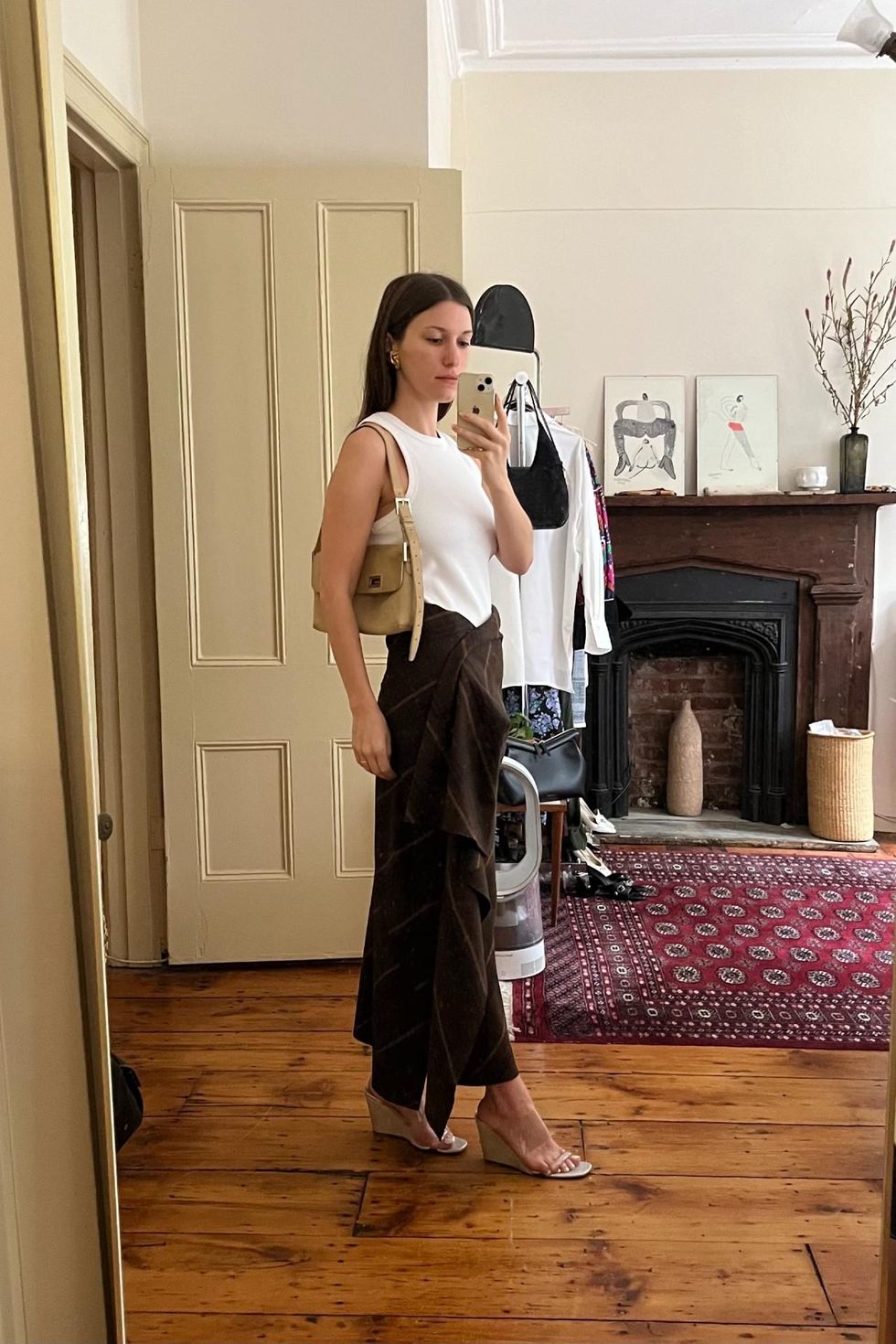 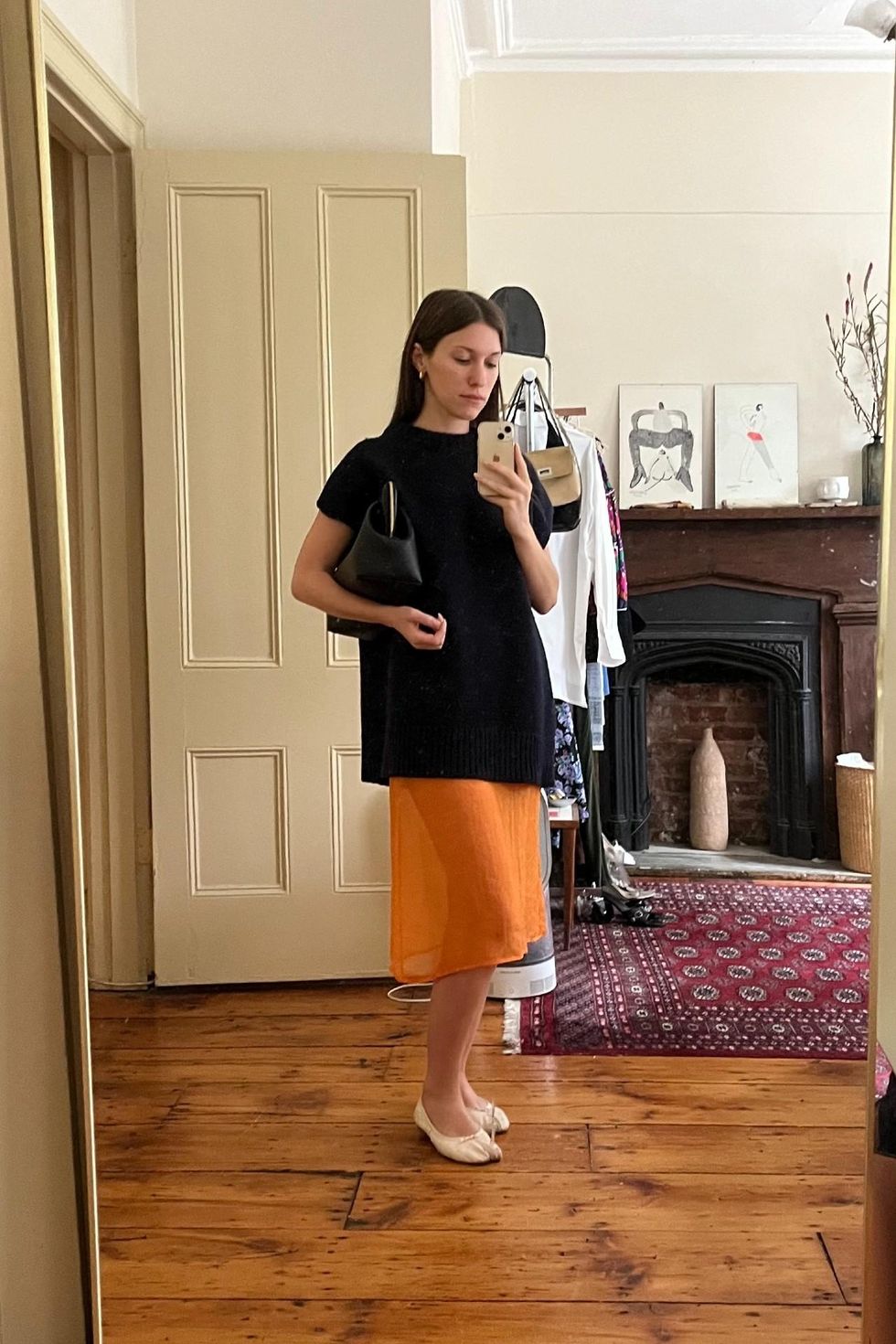 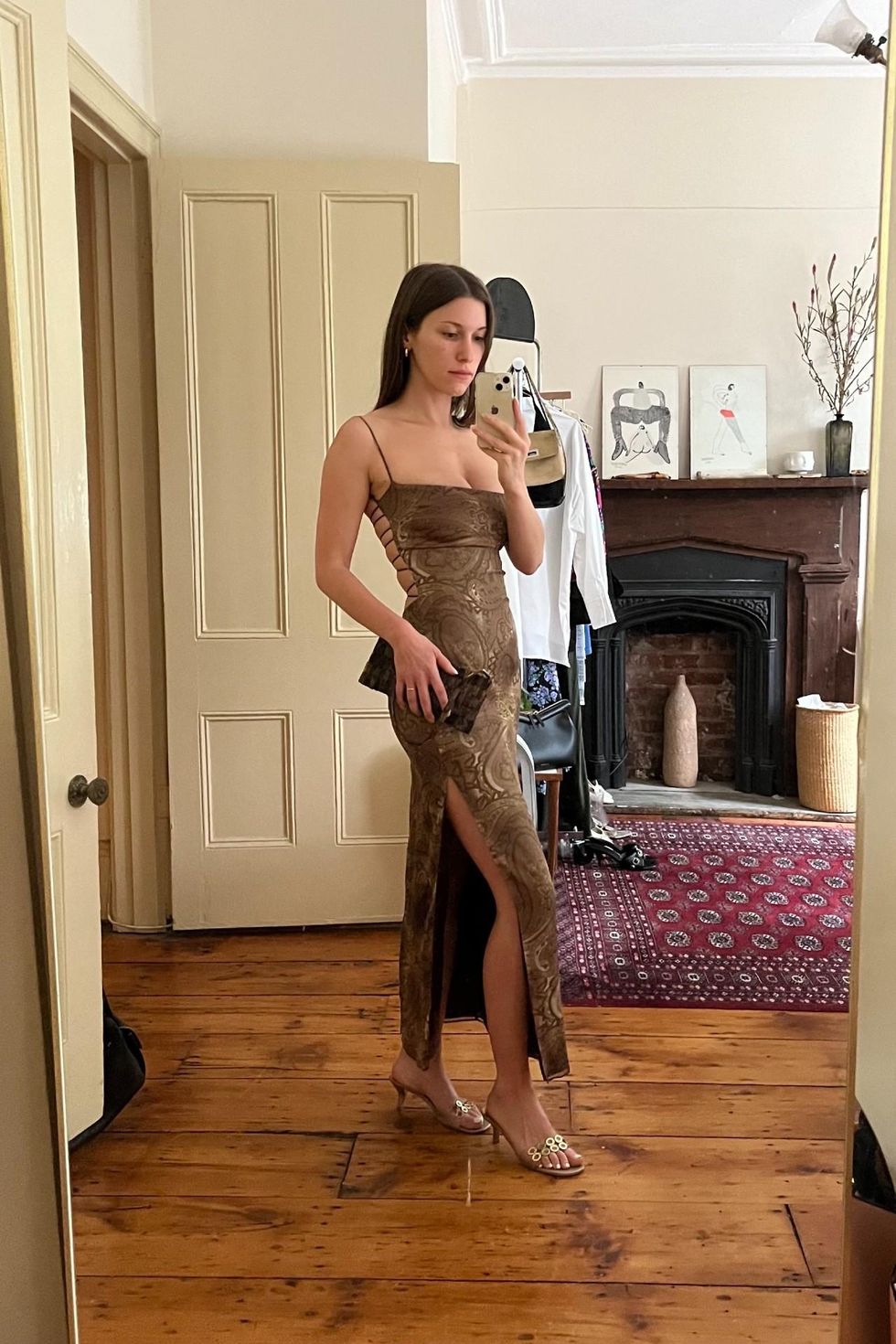 Another brand I’ve worn in the past and am particularly eager to feature again this season is Bevza. Ukrainian businesses like Svitlana Bevza’s eponymous brand have even more to gain from public support and visibility right now. Her pieces are truly outstanding and among the most worn by attendees each season—her knit balaclava was a fixture outside Spring Studios during the February shows, and I predict the same of the sailor-themed SS22 pieces I pulled to wear to the brand’s show this Tuesday.

Probably the most important and attainable value on this list is that of a long lifecycle. As an editor, many of the things I wear during fashion week are pulled from designer and PR showrooms, and yes, I admit I bought a couple of things for the occasion. But the building blocks of many outfits are pieces I’ve owned for years and worn season after season.

My trusty Maryam Nassir Zadeh Olympia wedges feature heavily in my planned outfits, as does my simple brass-clasp APC shoulder bag. My Soldout.nyc white tanks are an invaluable styling tool to have on hand, and my Sundar Bay oversized white button-down similarly makes its way into a variety of looks.

The pieces I purchased with the intention of wearing through this week I made sure were items of quality that could last years, if not decades: a luxurious The Row knit vest, a notch-above-the-rest plain white Acne tee, and deceptively versatile electric blue Paris Georgia pants. 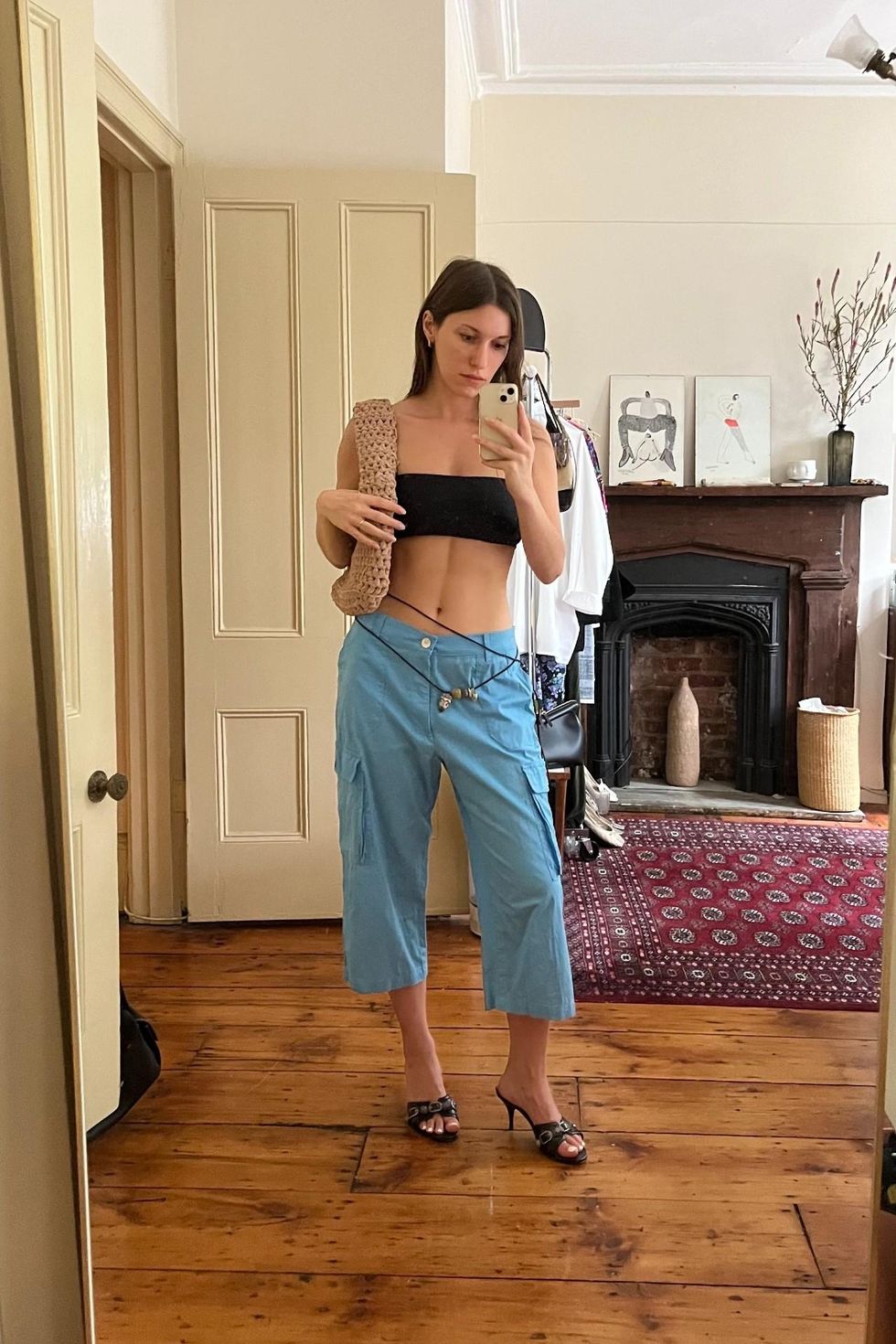 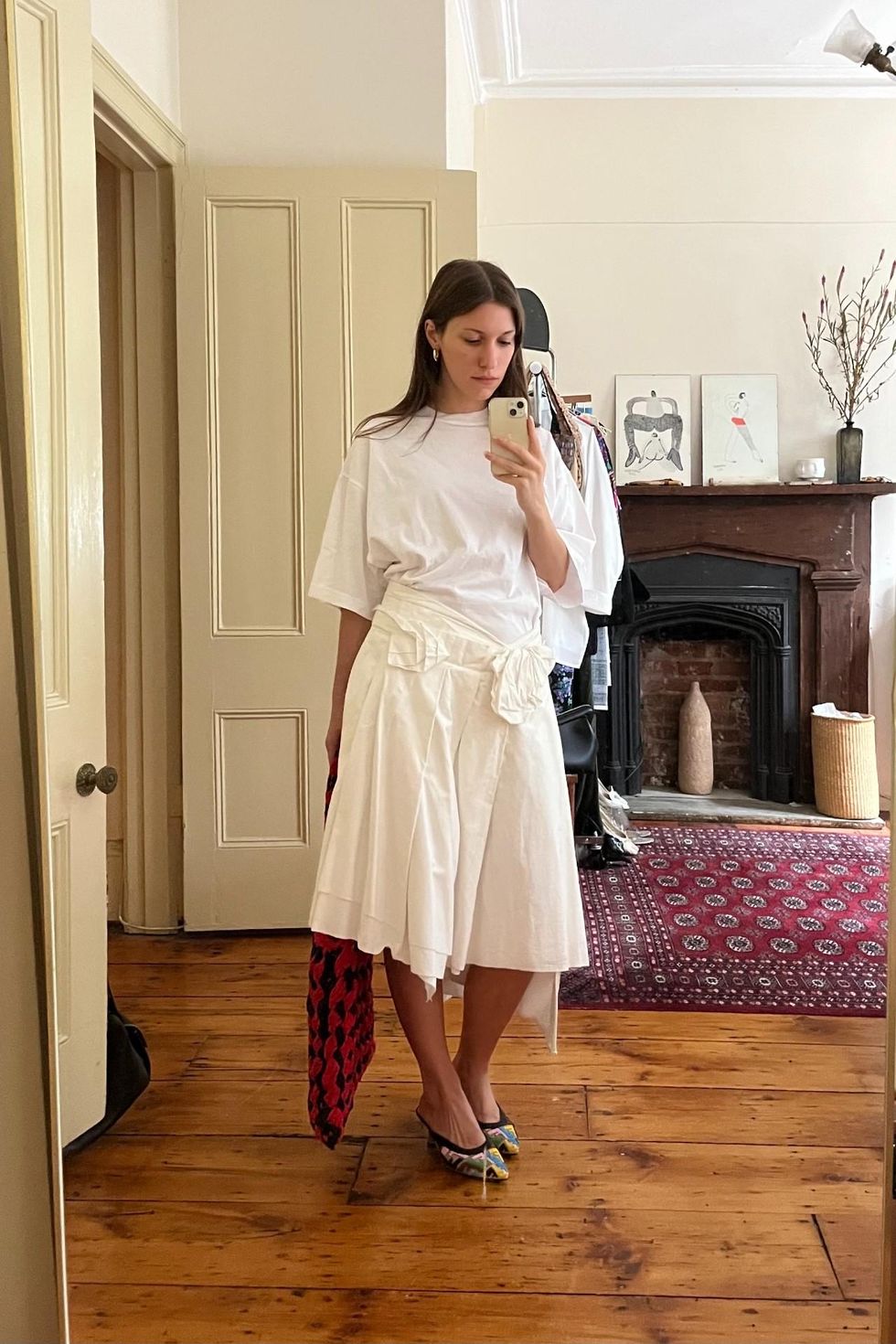 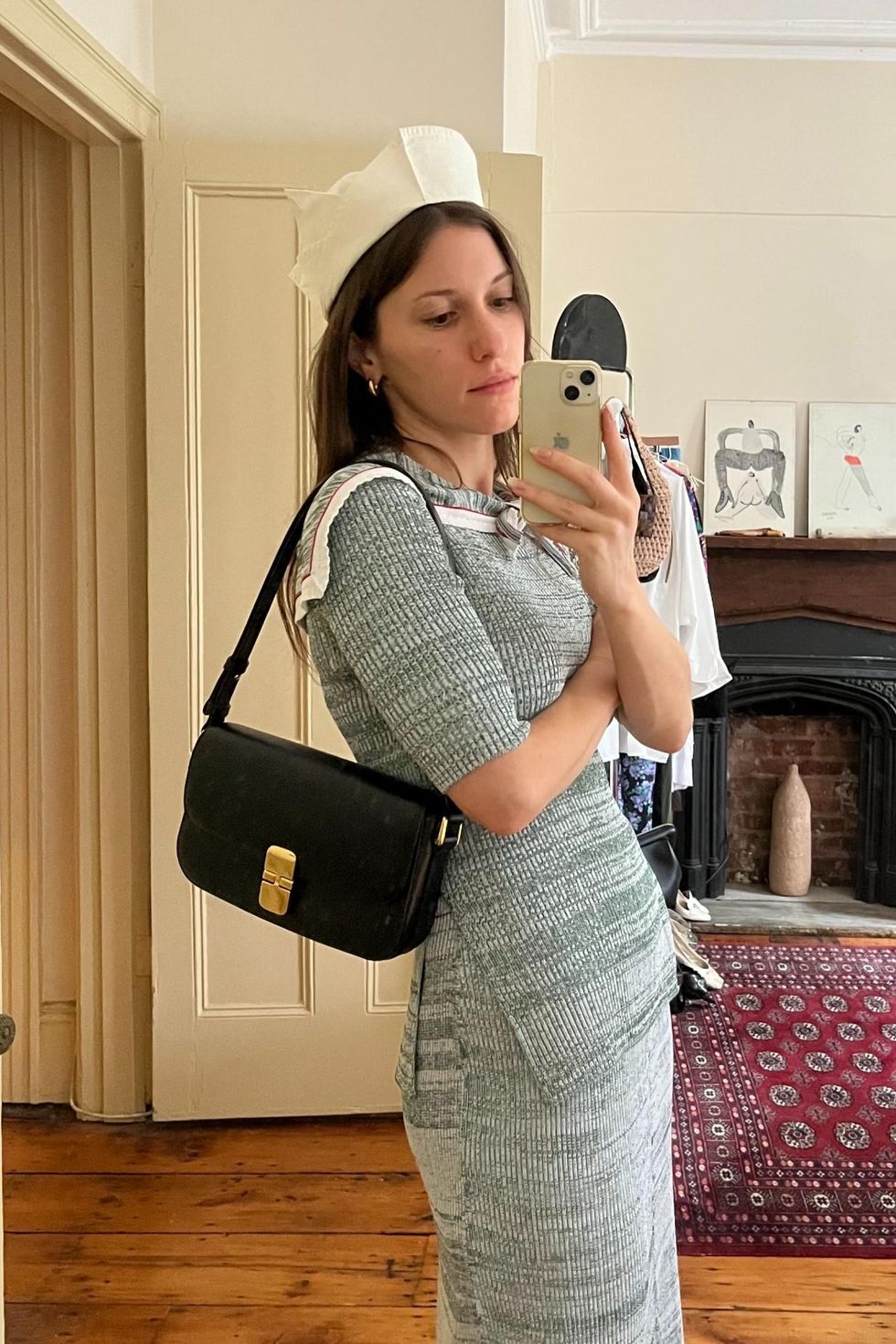 Keep your friends close and their brands closer. I’ve waxed on this topic before, but maintaining a healthy abundance of things your inner circles make is truly one of the most stylish things a person can do. The crowded fashion landscape can be impossible for young brands to break into, but we have the power to make them heard; household names are built from the ground up.

I’m particularly lucky to be surrounded by wildly talented people I can call friends, and their creative pursuits are among my favorites to show off at NYFW’s endless events and celebrations. Gemsun’s crocheted accessories are a mainstay, and its newer ready-to-wear is proving to be just as joy-bringing in my outfits. Michelle Del Rio’s mysterious sheer skirt and talismanic belt make me feel interesting; they’re some of my most-worn items. Haus Label’s athleisure-inspired pieces are the summertime basics I now proudly begin nearly every outfit with. And Colbo’s menswear is seamlessly steal-able even for my feminine wardrobe.