The New York Fashion Week just got over a week back but some performances stayed with us like that of 22-year-old Indian dancer Jainil Mehta. The Mumbai-raised artiste who rose to fame with his #meninskirts The campaign danced elegantly to the tune of the song Rangisari in an opening act for notable designer Archana Kochhar’s show.

He dazzled wearing a beautiful skirt crafted by the designer and grabbed everyone’s attention with an inspiring performance that blurred the lines between gender, fashion and art. “It was something that I never expected but always dreamt of,” shares an elated Jainil as we caught up with him after his performance over a Zoom interview. “There were already some people who knew the song and even those who didn’t know it started to cheer as I started the act! I was the only one on that stage for the 2.5 -minute performance and all the eyes were on me. It felt truly magical and I thoroughly enjoyed myself.”

Jainil performed without a dress rehearsal on a ramp that he had not seen until a day before the show. “The challenging part was that I did not account for the 360-degree stage while choreographing the piece as I had not seen the stage before. While it was tough to manage last minute, I was able to do it as I was already living my dream.”

Apart from Jainil’s show-stealing act, his ensemble was also a hit. He wore a gorgeous white skirt imprinted with the traditional Gond Art of Madhya Pradesh paired with a chic sleeveless buttoned shirt in monochrome. The ensemble stood out for its pop of neon pink that adorned parts of the two-set outfit and made it look ethnic yet contemporary.

However, it was not like Jainil’s usual skirts that are high on flares and volume. That made the performance a tight-rope act given Jainil’s signature moves come out the best in flares. “While the skirt was beautiful, comfortable, of perfect size and measurements it did not have much flare. This meant I had to hold it in such a way that it looked voluminous in turns and while swirling during the performance.” Despite odds, the content creator was able to pull off the act given his 18 years of experience in the field.

Love for Skirts
The NYFW performance is a stellar showcase of Jainil’s love for skirts which developed quite early during his childhood days. “I have loved wearing a skirt from the beginning itself. The first time I remember I wore it was around 7 or 8 years old. I used to pick up my mum’s skirt and dance in the living room dressing in it. It didn’t feel like I had to fit into a certain matrix of clothing, I felt liberated and loved to express myself in that attire.” 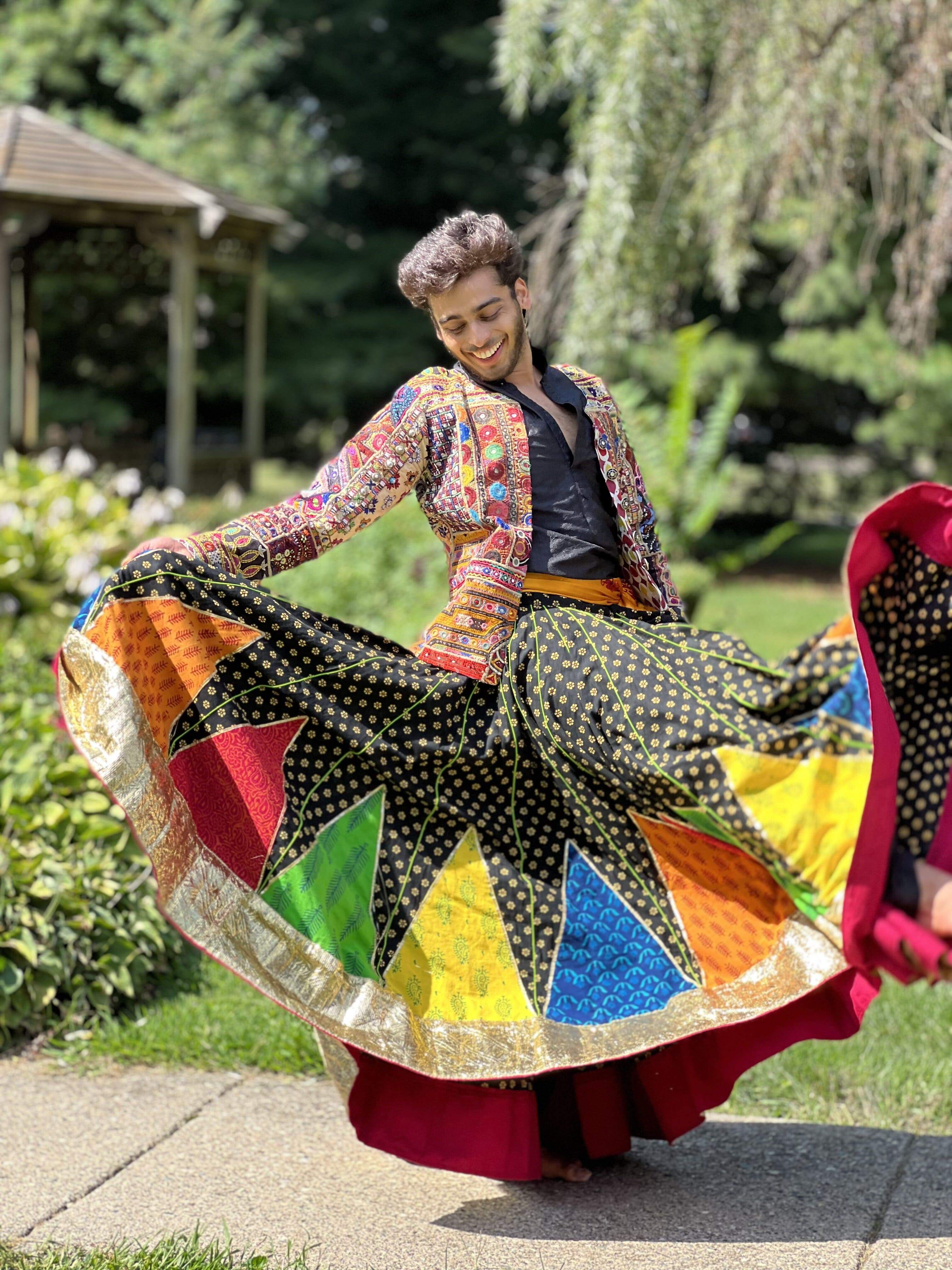 When asked about his family’s reaction he says, “My grandfather used to love my acts and my family while aware of the ensemble being associated with the female gender, was still very appreciative and encouraging of the act. They used to applaud me rather than judge .”

Breaking stereotypes
However, as Jainil grew up to be an adult, fear crept into his mind about people being apprehensive of his unusual choices. So he did not dance in skirts during his growing-up years. However, he soon gained the confidence to smash gender stereotypes and listen to his heart’s calling first by taking dance as a profession and then opting to wear skirts a year back. Talking about the bold choices he made, he says, “Leave wearing skirts, I feel people in general judge when boys take up dance . There is a common perception that men are not into dancing and so they are looked down upon. So when I chose dance as a full-time profession, I had my friends and colleagues question my choices. I anyhow took it as I was passionate .”

The turning point in Jainil’s journey came a year ago when he started to post his dance videos wearing stunning flared skirts that won the internet. He started the #meninskirt campaign to make men feel more secure in their identity while wearing skirts. “I feel like why can’t I wear a skirt and just enjoy it? Yes, initially it required a bit of mental self-conditioning to be unwary of what people say but I was willing to be set free. I like to make bold choices, be it going with gender-neutral fashion or my career. Now, I feel I receive more love than criticism for my choices.” 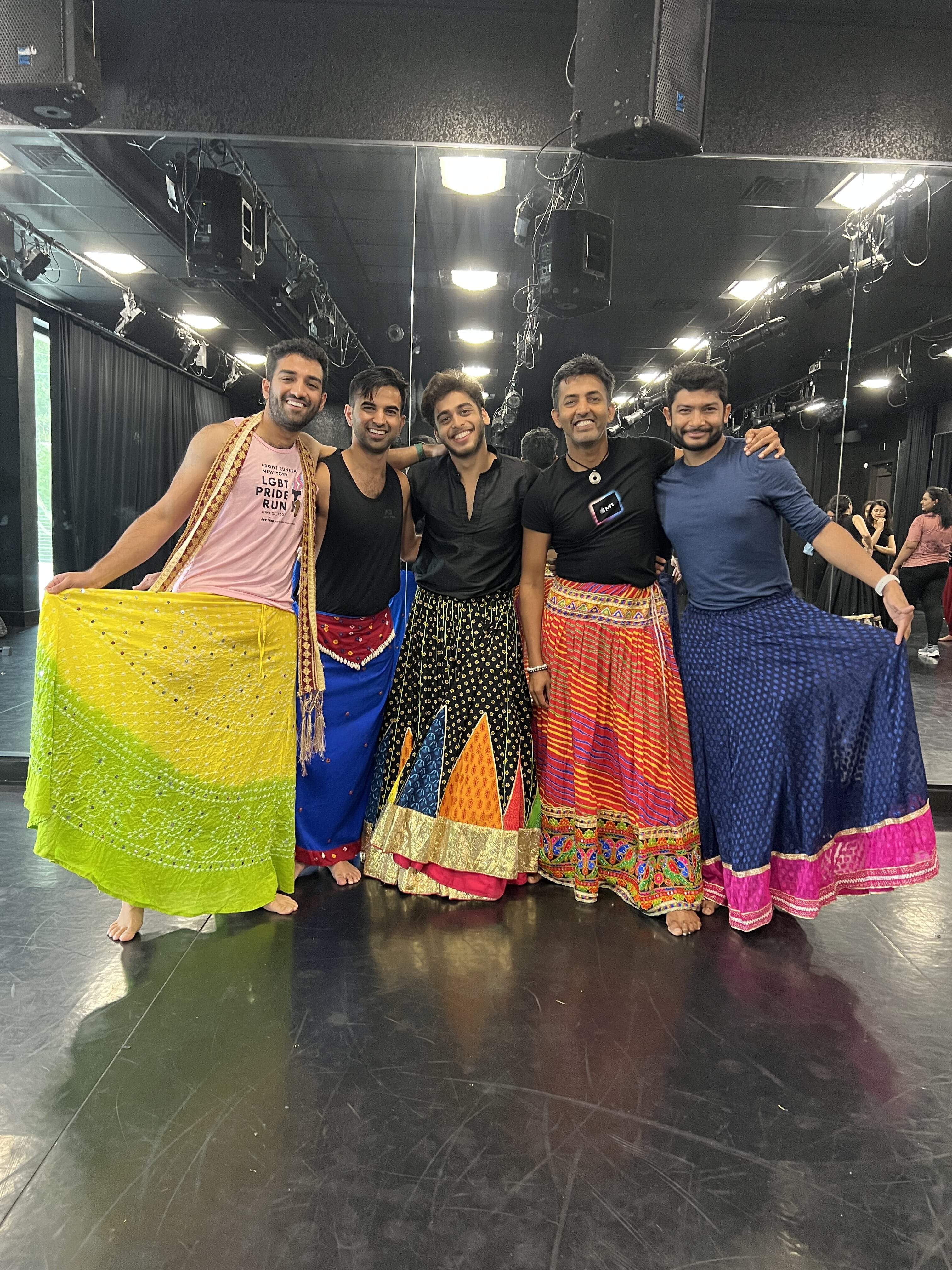 Today, Jainil’s campaign #meninskirts has become a virtual movement championing inclusivity and diversity. Talking about the effect of his movement, the dancer shares, “So this month, I was taking a class in Austin where I was teaching Garba. It was for the first time that I saw boys wearing skirts during the practice sessions. Just that gesture was enough to showcase the empowering impact of the dialogue #meninskirts movement has created. It really moved me to see them.”

Darling of the internet
With such daunting choices, Jainil has amassed a following of more than 2 lakh on Instagram. Some of his videos like Dholida, have fetched 18 million plus views on Instagram reels creating a milestone in the artiste’s journey.

Apart from dance, the suave artiste is also admired for his unique personal style. Defining his sttle he says, “It has always been graceful, bold, comfortable, flowy and vibrant. The colour that I like are always very different for instance, I do love a lot of green, yellow and earthy colours. I do mix and match and have recently brought many dupattas and skirts ahead of Navratri that I’m going to pair in various combinations. I like this idea of ​​fashion where we can blend in various styles to create a signature. I believe that if I was not a dancer I would’ve been a fashion designer. I love designing my costumes.” 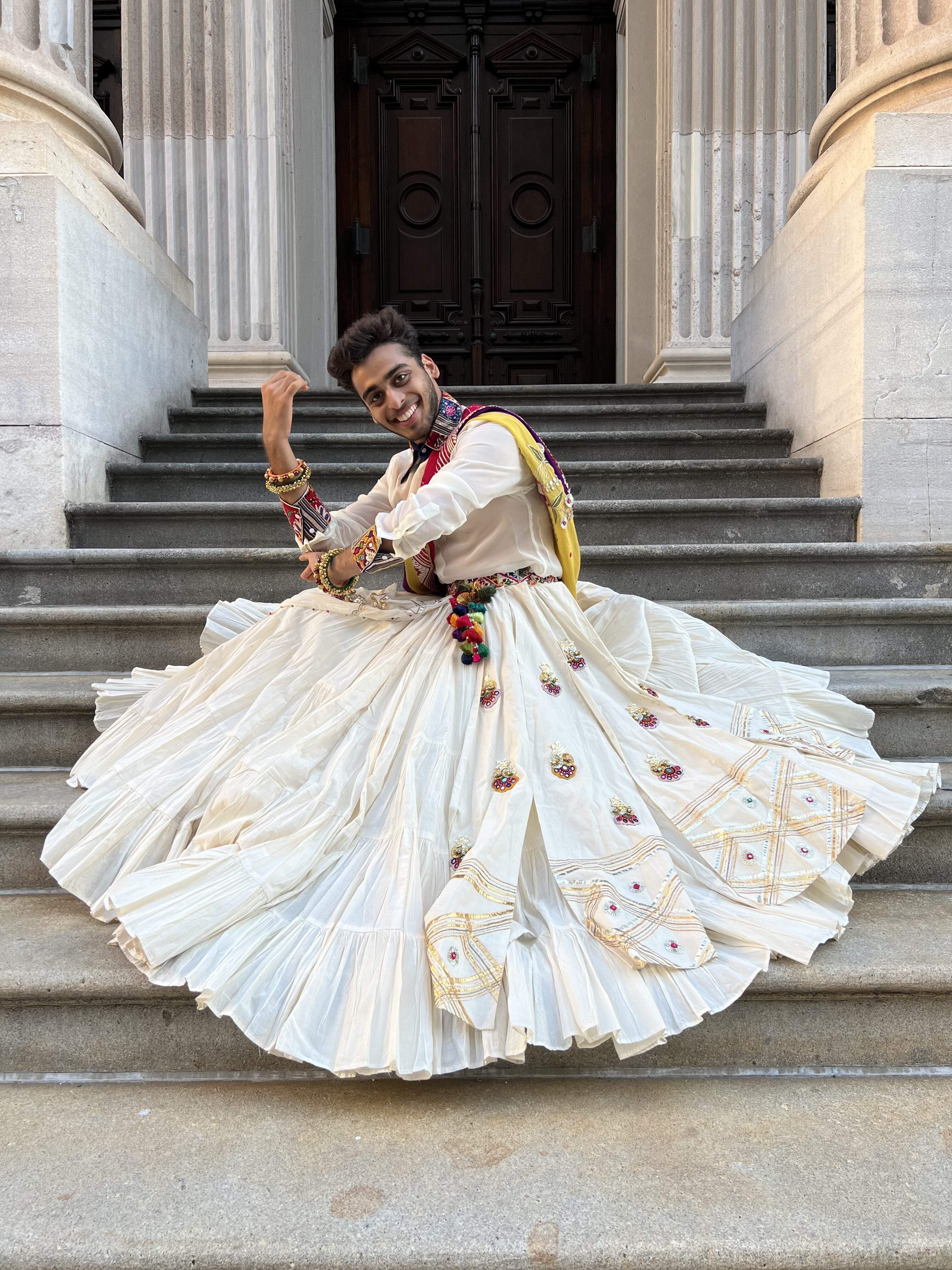 Jainil has big plans ahead. He is working to start a dance education program in India for students who would like to pursue dance as a profession but cannot due to financial restraints. “I want to create a market for dance in India where there should also get jobs in the field so they feel financially secure. Secondly, I want to create that drive in people to pursue the art ardently. To have a dance program is a step in that direction and my final goal to achieve.”