THEY’RE one of the frontrunners in the high street fashion industry.

But Zara is also on the more expensive side of things.

So fashion fans are thrilled after discovering that the store has partnered with a charity shop.

“The British Red Cross have partnered with Zara,” Becky wrote in a video on her Becky’s Bazaar TikTok page.

“the entire shop was basically Zara,” she added in the caption.

In the video, she was seen finding a knitted sweater vest, a pair of knee-high cream boots, a teal jumper and one embroidered with pearls. 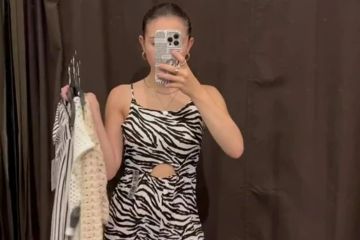 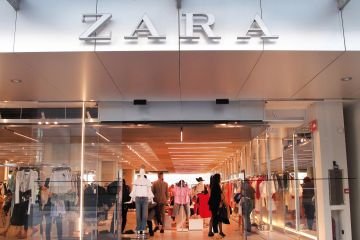 There was also a suede shirt, white patent loafers and a fluffy skirt.

“Make sure to check out your local British Red Cross before you spend your life savings in Zara this winter,” she added.

People took to the comments section to express their excitement about the news.

“Ohhhh that’s why I found 2 pairs of leather leggings in there! Got both for £20!” one wrote.

“Them boots! need go look in our one!” another added.

While someone else commented: “I go to mine every week and got Loads of Zara stuff or the last 6 months.”

But others insisted the Zara items in the charity shop were still expensive.

“It’s not cheap though!” one wrote.

To which Becky replied: “It’s defo on the pricey side but still cheaper than Zara and a good alternative to support the charity as well.”

“It’s basically a Zara outlet these days, I’ve stopped going in,” another added.

“Is this all Red Cross? Or just in certain areas?” someone else asked.

“I’m not sure! i’m seen it in multiple red cross shops tho,” Becky answered.

“My local one sells stuff like max £4! but have to be very careful of rips etc,” another comment read.

With Becky replying: “Yeah a few are damaged (missing buttons broken zips etc) they usually say on the tag but defo worth checking.”